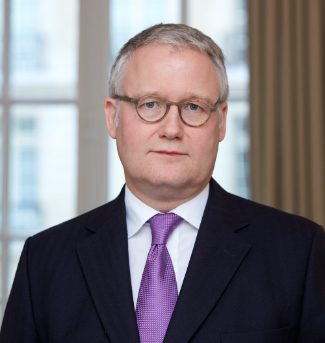 Ben Burman has been a partner of Darrois Villey Maillot Brochier since 2008, where he practices in the corporate law department focusing on cross-border mergers & acquisitions. He has advised clients from developed and emerging markets making inbound acquisitions in France, as well as French clients on their outbound transactions, including in Brazil, Russia, Ukraine and Thailand.

He has significant experience in public market M&A in France as well as in the US and routinely handles US securities law matters for the firm.

Prior to joining Darrois Villey, he was an associate with Wachtell, Lipton, Rosen & Katz in New York from 2000 to 2006. From 1990 to 1996 he worked for Bain & Company in London and San Francisco and for three years in Moscow. He graduated with first class honors from Oxford University (1989), where he was a scholar at Christ Church, attended Yale University Graduate School on a Henry Fellowship and holds a J.D. from Yale Law School (1999). After graduating from law school, he served as a law clerk to Judge Pierre N. Leval of the U.S. Court of Appeals for the Second Circuit. He is admitted to both the New York and Paris bars.