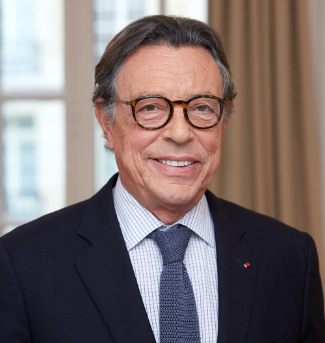 Jean-Michel Darrois founded the firm in 1987.

Considered one of the most influential attorneys in France, Jean-Michel advises businesses, boards of directors and senior management, as well as high net worth individuals, in major transactions and disputes.

He was a member of the Conseil de l’Ordre.

He chaired and remains a member of the Company Law Committee of the Council of Bars and Law Societies of Europe (CCBE).

At the request of the French president, he presided over the Darrois Commission on the Reform of Professions in 2008, and was a member of the Attali Commission on Growth.

He is a Commander of the Légion d’Honneur.